Why we need a Radio Telescope to see the universe Or How your Dog sees out side your closed door?

We turn the first page of “Spiritual Science”, when we reach the last page of physical science that ends with no more answers.

The Vedic Term “MAYA” (ILLUTION in Sanskrit) was used liberally in Sanskrit literature thousands of years ago when explaining spiritual laws of our existence in the Vedas. The vedic explanation did not stop at the meaning “Illusion” but always referred to the ULTIMATE SOURCE behind it that created the illusion to make it comprehensible to the human sense spectrum.  Physical sciences operate within the small window opened to the human senses.  The excerpt below comes  from the book “Yoga-The Key To Life by James McCartney..

“Seeing and hearing are the two principal processes by which we learn. We either look for ourselves, read literature, or listen to instructors in the course of learning. And yet, these two, sight and sound, are only a very small fraction of a large scale of vibrations which extend over a far greater range of frequencies and wave­ lengths.

Light, for example, is only visible to the naked eye between the wavelengths of 0·00008 and 0·00004 centimeters, whilst sound is only audible to the human ear at vibrations occurring between the frequencies of 30 and 20,000 per second. When one compares these figures with the range of electromagnetic vibrations now in every­ day use, that is from radio waves of wavelength 200,000 centi­meters, down to gamma radiation of 0·0000000003 centimeter,  it is evident that we are both blind and deaf to a considerable range of events, and, conversely, are only sensitive to a very narrow field of vibrations.

Yoga teaches that by proper preparation and training, our senses can be made much more acute, and our range of sensory perception increased well beyond the normal. We shall proceed to find how this can be achieved.

Many people believe nowadays, though in a rather nebulous sort of way, that Heaven is no more than another state of higher vibrations with which we become attuned after we have cast off our mortal body.”

Please see the Chart Below: 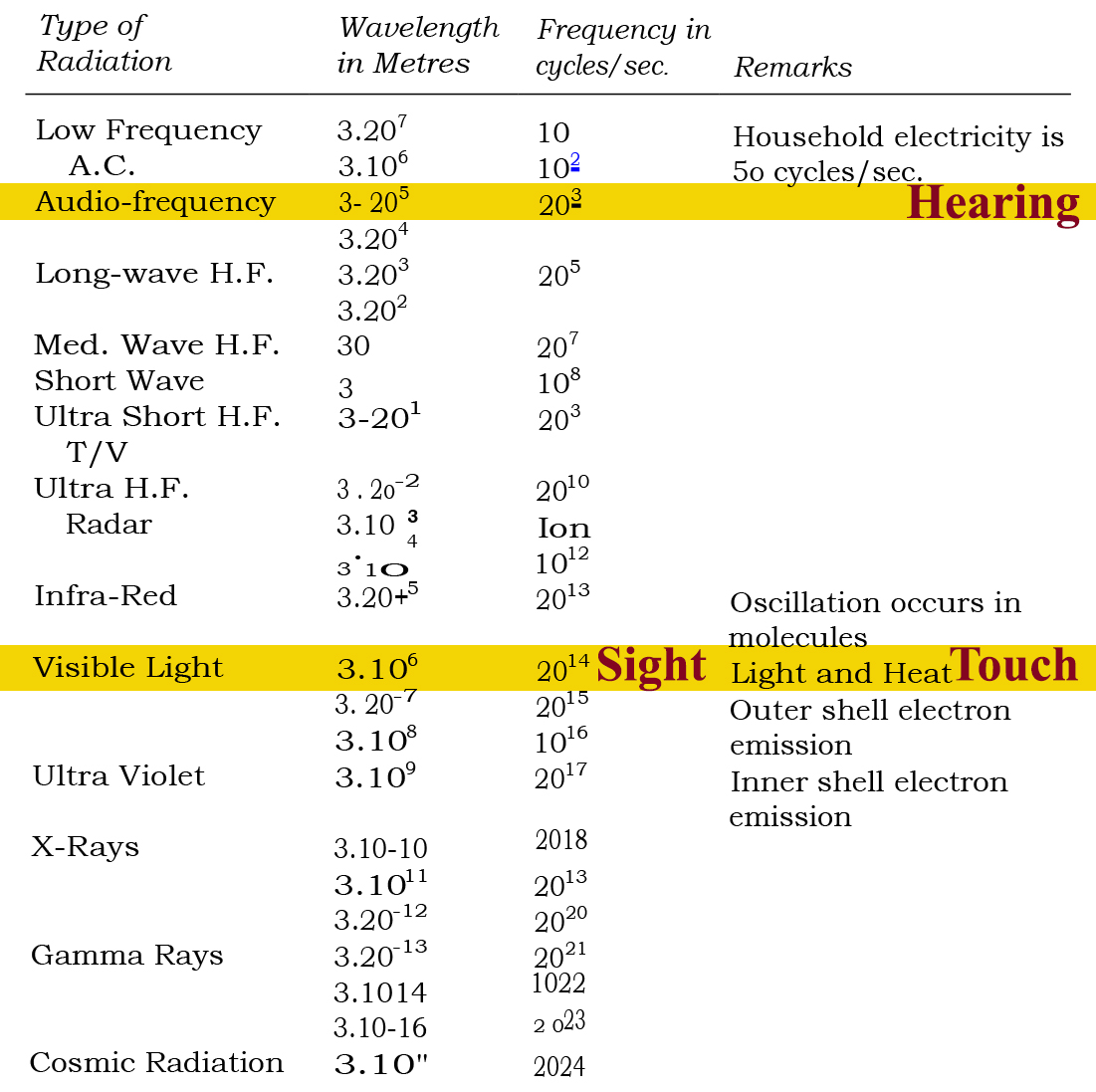 The same principle was elaborated only recently by the modern physical sciences in the Einstein era as The Quantum Theory of Waves and Particles. Here is a nice link: (http://www.pitt.edu/~jdnorton/teaching/HPS_0410/chapters/quantum_theory_waves/index.html)

The current “Quantum Theory” seems to take us back to the ancient vedic “Maya” .

In the future readings we will see more about how Veda deals with Maya. 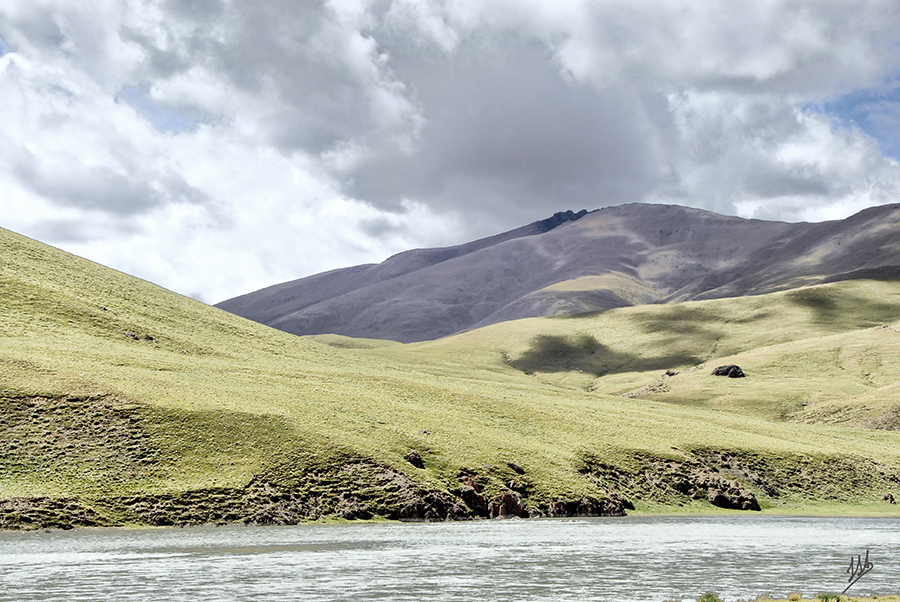 Please use the Audio Player Below To Here the Beautiful Rendition in Sanskrit By Ms. Anuradha-Poudwal.

I have provided the verse in English to follow along.

My thanks to The Hindu temple Of Minnesota for the Sanskrit Text.